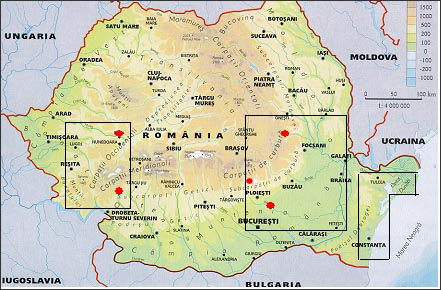 Among these polygons, a special place is occupied by the Caldarusani-Tulnici Geodynamics Polygon which includes – besides the laboratories for equipment gauging and aging, arranged in the framework of the Caldarusani Geodynamics Observatory (Fig. 2) in the basement of the group of buildings that constitute the headquarters of the IG”SSS”AR, and in the basement of the headquarters of the Romanian Academy – several micropolygons consisting of over 200 observation points, that allow the performing of repeated measurements, usually at 6 months up to 5 years intervals, and of underground laboratories, which allow data acquisition – within the limits of the possible, without interruption – corresponding to variations in the crust tilt and in the gravity, the magnetic and the electric fields in Vrancea area. In the same area is included the Provita de Sus Electromagnetic Observatory. Among these micropolygons, the most important one – the Micropolygon I Tulnici – is situated in the Vrancea geodynamically active area on both sides of the contact on which the hypocenters of the Vrance seismogenic area are situated, to a depth that may exceptionally exceed 180 km. 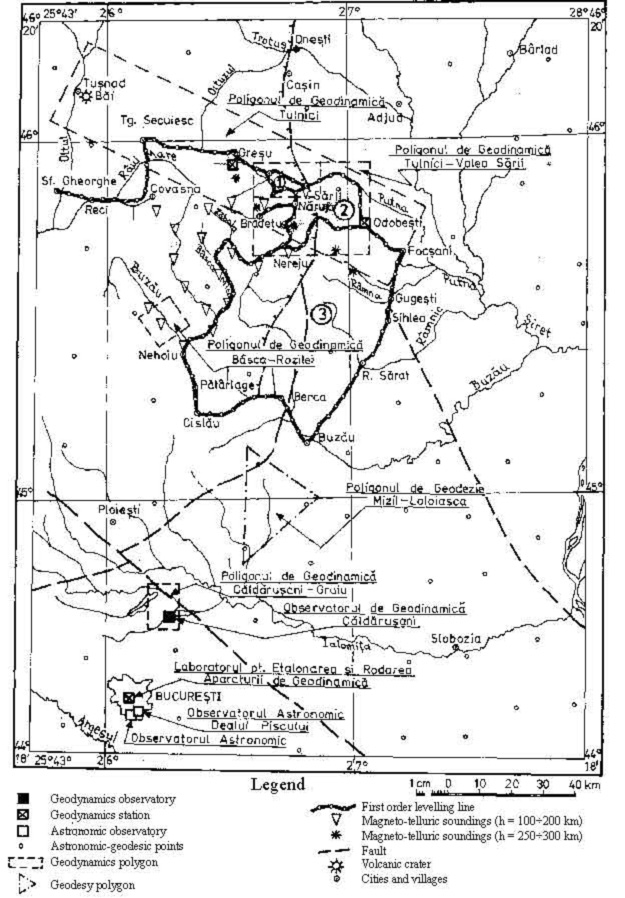 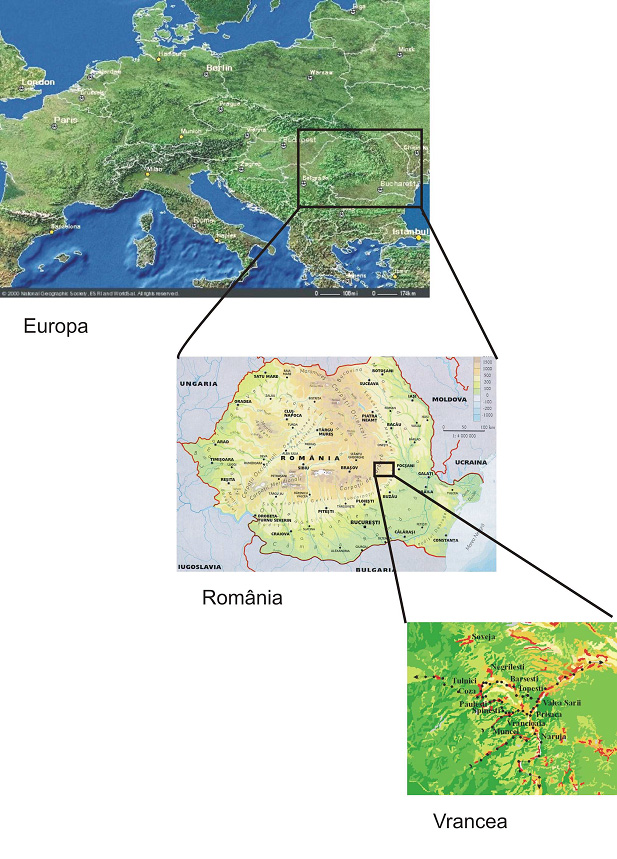 Fig. 3. The location of the Vrancea Natural Laboratory for Geodynamics 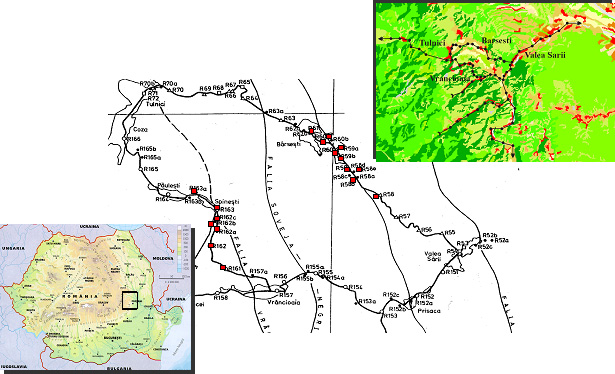