The Institute continues a tradition begun in the framework of the Geophysical Research Centre of the Romanian Academy when, on the occasion of the February 15, 1961, total solar eclipse, it may be considered that experimental Geodynamcis was introduced in our country.

On the occasion of this eclipse, in a building belonging to the Caldarusani monastic complex (Fig. 2, 3) the first recordings of the variations in time of the gravitational field in our country were carried out, using as a sensor an Askania type gravimeter and recording systems of own construction. On the same occasion, recordings were carried out with a paraconical pendulum, also of own construction, made after the photos and details put at our disposal by Prof. Maurice Allais (Nobel Prize for Economy in 1988) who performed, with the pendulum he had built, similar determinations, on the occasion of the solar eclipses in 1954 and 1958. 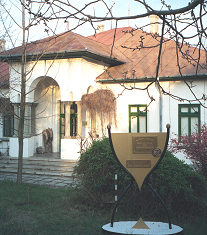 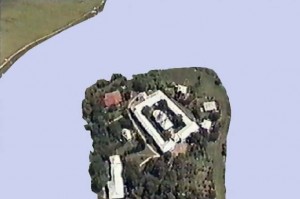 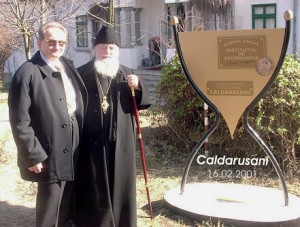 Fig. 5. The signatories of the collaboration between the Caldarusani Monastery and the Caldarusani Geodynamics Observatory, on the anniversary of four decades of cooperation

In time, after the dissolution of the Geophysical Research Centre of the Romanian Academy in 1970, the various administrative reorganizations which affected the research structure of our country led to the functioning of the Caldarusani Geodynamics Observatory as a research laboratory, first as part of the Bucharest Astronomic Observatory and then, for a short time, as part of the Institute of Geology and Geophysics of the Ministry of Mines, Petroleum and Geology. Subsequently, till the constitution, on its structure, of the “Sabba S. Stefanescu” Institute of Geodynamics of the Romanian Academy, the Laboratory of Geodynamics functioned in the framework of the Centre of Earth Physics and Seismology, together with a laboratory of seismology, which became in 1990 the National Institute for Earth Physics, a laboratory of rock mechanics and a research group for natural fields.

The Laboratory of Geodynamics and the research group for natural fields constituted the basic nucleus of the Institute of Geodynamics. This nucleus created, gradually, a material basis consisting, in the beginning, almost exclusively of specific geodynamics equipment, conceived and built in the framework of its own laboratories, sometimes also in co-operation with specialists belonging to other research groups from our country (institutes of the Romanian Academy, the Department of Geophysics of the University of Bucharest, research units from Physics Platform Bucharest-Magurele) and from abroad (the Royal Observatory of Belgium, l’Institut de Physique du Globe Paris – France, the Geodynamics Department of the Institute of Theoretical Geodesy, Bonn University – Germany, the Nagoya University – Japan).

An essential role for the evolution of research in geodynamics in our country has been played by the collaboration, doubled by unfailing friendship relations, established already since the sixth decade of the last century, with Prof. Manfred Bonatz, head of the Laboratory for Geodynamics in the Institute for Theoretical Geodesy of the University of Bonn, and Prof. Paul Melchior, at the time the Director of the Royal Belgian Observatory, today a baron ennobled by King Baudouin for his scientific merits.

– a better knowledge about the space-time evolution of certain parameters causally linked with the accumulation and the release of energy related to earthquakes in the zone of Vrancea, Romania;

– an extension and a development of the material basis dedicated to the study of the active geodynamic zone of Vrancea; 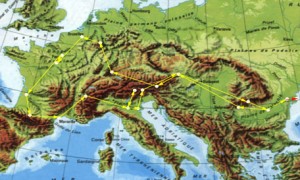 Fig. 5. The European Mission of Geodynamics – the itinerary